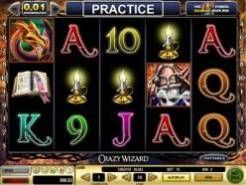 Play Now
Zynga the online social gaming giant, creators of many popular titles to be found on Facebook including Zynga Poker, despite its recent troubles is in the process of applying for an online gambling license from the state of Nevada. They have filed initial papers to see whether they qualify for the thumbs up in the changing landscape in Nevada. Their application is slightly different in that it has not stated which type of online gambling it wishes to become involved in. The Nevada Gaming Control Board will be investigating several points including, but not limited to, Zyngas' financial standing and regulatory track record, both of which it should have no issue with. Zynga however may have to wait a while as the whole process can take up to 18 months and there are sure to be changes along the way. Zynga is in a long line of applicants for the Nevada license for intrastate gambling. Due to its population Nevada can only generate a certain amount of revenue however most applicants are waiting for the bigger picture to emerge in the hope that legalization will occur on a national level, paving the way for those with Nevada Licenses to make tracks into the larger market from day one. Zynga has already stated that they are preparing for a fully regulated market and they are now taking the first step.
Play Now