Sega Online Casino and Poker room have been shut down 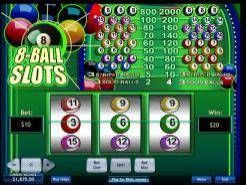 Play Now
Sega group life was really short - both Sega Online Casino and Poker room have been shut down on April 2011. Those who grew up in the 80s and 90s are likely very familiar with the Sega brand and the amazing graphics and images the company produces in their gaming software. For fans of Sega’s “The House of the Dead” and “Virtua Fighter”, Sega has now released new slot games with the accompanying characters from these popular games. Sega collaborated with Playtech offering slot games with titles like “The House of the Dead slots”, “Virtua Fighter Reels slots”, “Phantasy Star Reels slots” and “Night Reels slots”. These great slot games will fit right in with the rest of the Playtech games, such as Beach Life slots , Gold Rally slots and Gladiator slots . One of the most popular Sega slot games was without a doubt The House of the Dead Reels, which is a five reel, 25 payline slot game with many extras. This Sega slot game included a wild symbol, scatter symbol, free spins trigger and a bonus symbol that leads to a thrilling Zombie Gallery bonus slot game. During the bonus round, players get to pick up to five paths for escape and collect loads of money along the way. In true Sega style, the game also has a lotto-type progressive slot side game. This huge jackpot is won by those who are lucky enough to match all five numbers in the side game. In addition, the game thrills even more by offering a gamble feature. During The House of the Dead Reels gamble feature, players can choose to attempt to double their winnings by taking a guess of whether the next revealed card will be black or red.

Where to play Sega games

Those interested in playing these new Sega slot games should choose one of the Playtech casinos .
Play Now